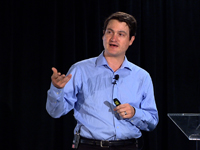 Be the first one to write a review
Greg Walton shares research on a number of simple interventions that have had a remarkably positive effect on the performance and social satisfaction of both women and minorities.
$95.00 in stock
FREE SHIPPING

“The deck is stacked against women and minorities.” That sounds like an incendiary statement, but Greg Walton shares research completed in the USA, Canada and Australia that will likely leave you accepting that uncomfortable premise. But instead of just criticizing the status quo, Walton presents research on the efficacy of a number of simple interventions that have had a remarkably positive effect on the performance – and social satisfaction – of both women and minorities.

In one study, African-American students were much more motivated than white students by a simple motivational note clipped to their papers. In another study, simply removing the Star Wars posters made a computer science degree more interesting to women who had not yet selected their majors.  The underlying theme: simple interventions can help outsiders feel like insiders. When they do, they will flourish, and the group will flourish.

Greg Walton’s research examines the nature of self and identity, often in the context of academic motivation and achievement. He is particularly interested in social-psychological interventions that can raise achievement and narrow group differences. He earned his A.B.in Philosophy from Stanford and a PhD in Psychology from Yale University.