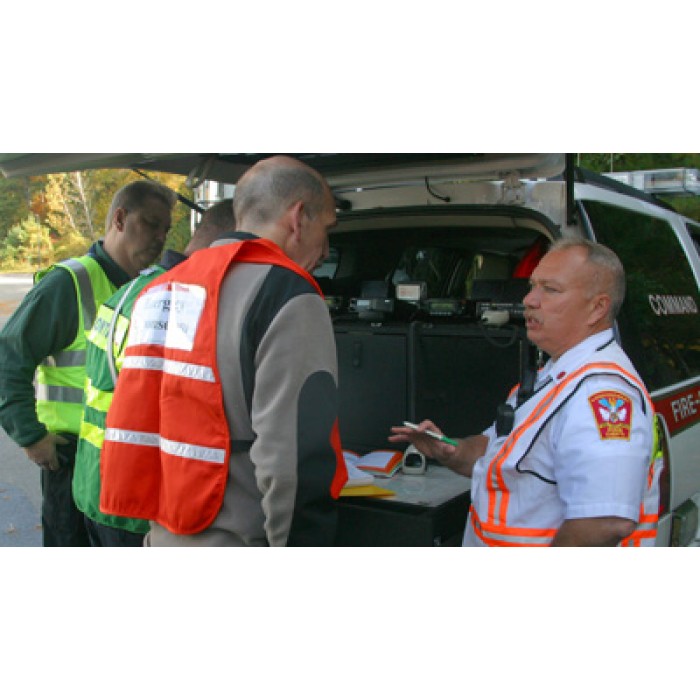 Be the first one to write a review
Whether you are trained to the operations, technician or command level, the first task of every first responder to a hazmat or WMD emergency is the same. It's size up - or what the NFPA standard on hazmat competencies calls Analyzing the Incident.
efg-HL1302
$395.00 in stock
FREE SHIPPING

Whether you are trained to the operations, technician or command level, the first task of every first responder to a hazmat or WMD emergency is the same. It's size up - or what the NFPA standard on hazmat competencies calls Analyzing the Incident. A systematic risk-based response begins with an analysis of the problem - assessing the hazards, evaluating the potential consequences and then choosing the best response actions. Analyzing the Incident DVD is the second program in the Hazmat Legend Series. It is designed to provide training and information to all personnel who seek or wish to improve their competencies as hazmat responders. This program is ideal whether you have new recruits to train or want to provide a stimulating refresher for your team. The Hazmat Legend Series showcases twenty-seven of the nation's leading hazmat responders, with more 966 years of boots on the ground experience, who provide an inside view of NFPA 472. As influential instructors, widely read authors and hazmat responders, they have seen it all and now in this exciting and comprehensive program they reveal important lessons they've learned that can help improve your team's response actions. In this program, the legends discuss the critical process hazmat responders of all levels should take when sizing up a hazardous materials incident. Topics covered include: Situational awareness Identification of hazmat containers Identifying railroad cars Identifying unknown materials Predicting behavior of containers and materials Estimating the potential harm Identifying the surrounding conditions Criminal and terrorist incidents Estimating the size of the endangered area Included in the package is a Resource CD-ROM with PowerPoint, testing materials, a risk management case study and additional resources that will help instructors with seminar presentations. Check out all the Hazmat Legend Series film clips! Analyzing the Incident includes materials from in-depth interviews with 19 legendary hazmat responders who are listed here in their order of appearance in the program.

With over 900 combined years of experience in hazmat response, they have been involved in every kind of hazmat incident, including the Crescent City Disaster, the 1993 World Trade Center bombing, the 9/11 attacks on the World Trade Center and the Pentagon, Hurricane Katrina, Superstorm Sandy, Iraq, Afghanistan, plane crashes, pipeline ruptures, bombings, BLEVES and interdiction of drug labs. They are well known nationally and internationally as authors, lecturers, teachers, and standards makers.