Investigation Finds Real Estate Agents Discriminating Against People of Color
There are many laws on the books to prevent discrimination against home buyers based on race, however some real estate agents are routinely discriminating against people of color according to extensive investigation

It's Not Just About Diversity; It's About Respect
We hear a lot about how diversity instills the best in what business is capable of doing, and this makes sense. With a widely ranging background of people existing in your company, stemming from associates who have varied experiences and skill sets derived from a multitudes of origins, it goes without saying that diversity increases the strength of any organization.

LGBT Workplace Sensitivity Training
People who identify as Lesbian/Gay/Bi-Sexual/Transgender (LGBT) are as much a part of the workforce as they are society. There was once a time when the LGBT community was not very well received in the workplace but that has changed.

Minimizing Gender Biases in the Workplace
When we process a lot of information in decision-making, such as evaluating candidates for a position, we unconsciously use cognitive shortcuts, including gender stereotypes, to speed the process. Unfortunately, these stereotypes bias our evaluations and often give men the edge.

The Importance of Diversity Training for Your Customer Service Staff
The importance of diversity training being fostered within your employees helps to develop better and more understanding staff members while it also facilitates the efforts to increase revenue, expand the client base, and improve the workplace environment for everyone involves.

Affirmative Action VS Diversity
Diversity management is frequently confused with affirmative action and valuing diversity. Opponents of both concepts use the terms interchangeably, often throwing in the word "preferences" as yet another synonym. It is important to understand the history of each and to use the terms accurately

Be The Change: Workplace Diversity
It used to be that workplace diversity existed only as a mechanism for encouraging employment equity, but this is no longer the case. In large part, companies don’t have a diverse employee group simply to stay complicit with federal or state guidelines, but because they have recognized the increased benefit to their bottom line as a result of diversity.

Know Your Rights: Workplace Discrimination
In 2010, more than 100,000 charges were brought against employers who were charged with discrimination. Today, discrimination is not just racial. Employees are reportedly being discriminated against for their gender, disabilities, religion and even in retaliation for a multitude of different reasons. Sometimes, the discrimination can be so subtle, that it goes unnoticed and unreported.

How to Avoid Race and National Origin Discrimination
Various polls and research continue to show that most white Americans believe there is no longer a problem of race or national origin discrimination in America, while people of color and immigrants are subject to ongoing discrimination.

Jack Welch Gives Women Advice and They Don’t like It
I read with interest the thoughts and comments made by Jack Welch in a session with Women recently as written in this column. His remarks seemed to strike a nerve among those attending. In reviewing the themes of his remarks I can certainly understand why.

Cultural Diversity Is An Opportunity!
Cultural diversity within your business is an opportunity and needs to be embraced as one. Just take a look around you. Opportunity abounds because our world is a diverse place.

The Costs of Racial Color Blindness
Michael I. Norton presents a game similar to "Guess Who?"—play along and for a glimpse into his recent research. 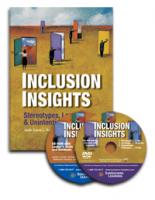