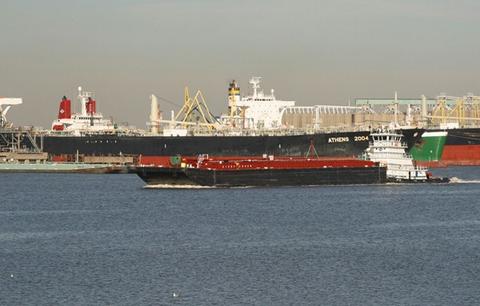 Be the first one to write a review
Dangerous Cargoes Package provides video training about the hazards of and response to Certain Dangerous Cargoes identified by the U.S. Coast Guard as most vulnerable to terrorist attack.
efg-CDC-PKG
$1,495.00 in stock
FREE SHIPPING

Certain Dangerous Cargoes are defined by 33 CFR 1610.204 as having chemical properties that, if released unexpectedly, would have the capability to cause grave consequences to populations and critical infrastructure.

Dangerous Cargoes Package includes five programs that cover the five commodities that are considered the most hazardous when carried in bulk and are the ones focused on by the US Coast Guard. Package also includes two resource CD-ROMs.